South Gippsland Water Chair, Joan Liley, is set to retire after eleven years as a Board member of the Corporation and four as Chair.

In informing the Board of her intention to retire from her position with South Gippsland Water, Joan stated that she had “gained much enjoyment from the challenges of her roles as Director and more recently as Chair of the Board”.  Joan felt it was a “timely decision to reduce her workload and allow the opportunity for a new appointment to the role”.  Joan noted that she “Would like to thank her fellow Board members along with the Management and Staff at South Gippsland Water all of whom have supported her throughout her term on the Board”.

The long standing Director has seen many challenging times over the years, with the region experiencing some of its driest years on record in 2006 and 2007. Significant projects have been completed, such as the construction of four sewerage schemes and two new sewerage treatment plants, upgrades to the Leongatha and Devon North Water Treatment Plants and planning well underway for the key Northern Towns Connection Project.

She is particularly proud of the partnerships formed with other Gippsland Water Corporations through the Gippsland Memorandum of Understanding and the joint initiative with South East Water to deliver the Poowong Loch Nyora Sewerage Scheme.

Joan is a key contributor to many other state wide organisations and is currently serving as a Board member of VicWater, the peak body for the Victorian Water industry as well as in the local community as a Board Member of Prom Country Aged Care.

Joan plans to retire from South Gippsland Water when her term finishes in September 2015. 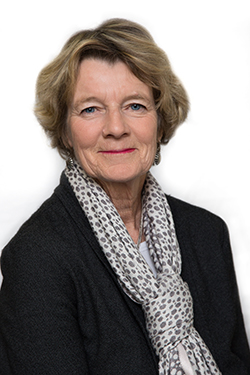