South Gippsland Water and its team picked up three major awards at the conference held in Bendigo in early September, including;

Managing Director Philippe du Plessis said, “Well done to the winners of these awards, and also the supporting staff who have all assisted in our success for the evening. South Gippsland Water is the second smallest water Corporation in Victoria. Awards such as these are recognition for the commitment and strong staff ethics that enable a smaller organisation to continually punch above its weight and to be highly regarded within the industry”.

Starting with South Gippsland Water as a Trainee Treatment Plant Operator in 2012, on completion of his traineeship Jacob gained a permanent position with South Gippsland Water and is now a valued member of the Water Treatment and Quality Team. The Young Victorian Operator of the Year Award is designed to provide encouragement to young water industry employees by recognising excellent performance, initiative and all round attention to detail. It is a great reflection of the hard work Jacob has put into his work at the Korumburra Water Treatment Plant. 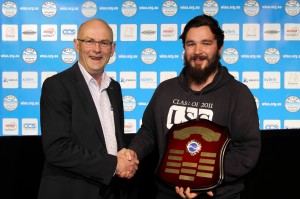 The term ‘Kwatye’ means water to the aboriginal Arrente people from the Northern Territory. For many people in Australia, water is a resource more precious than gold. The Kwatye Water Prize encourages creativity, recognises innovation and celebrates the passion within the water industry. The award requires applicants to submit an idea for development of the water industry or relating to water supply. Michael’s submission related to the development of an industry web portal and tablet based application. The industry communications portal would be a forum based website for industry to communicate and talk about ideas, problems and solutions. In addition, Michael’s proposal included the development of an application (App) – A tool for water industry treatment plant operators, ‘WTPO Helper’. The App would be built with a range of useful tools and calculators specific to the water treatment industry.   As part of his award, Michael has received funding towards developing his idea and the App, to bring it to life with the aim of sharing these tools with the wider industry. 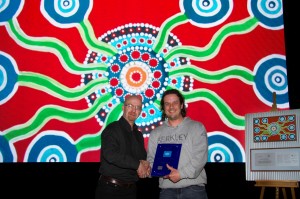 Each year South Gippsland Water’s Water Quality Team takes samples from each of the Corporations 10 separate water supply systems. Staff then help with blind water taste tests to select a sample to submit to the Victorian Water Taste Test Competition. The competition is held each year at the WIOA Conference where the Corporation has been a finalist in the past.

This year, staff chose Leongatha’s sample as being the best tasting water and it would seem that the state judges agree, with the Leongatha sample taking out the state’s top honour of the best tasting water in Victoria. Congratulations to Nik Bergman, the Leongatha Water Treatment Plant operator and the whole of the Water Treatment and Quality Team, who work tirelessly to ensure our high levels of water quality from the catchment to the customer’s tap.

Images: The South Gippsland Water Team celebrating after winning the Orica Taste Test award for the best tasting water in Victoria for water from the Leongatha Water Supply System. 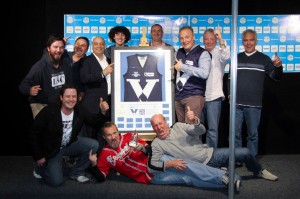